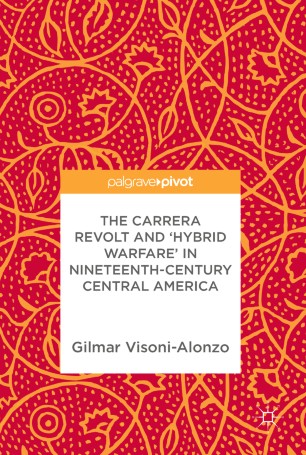 The Carrera Revolt and 'Hybrid Warfare' in Nineteenth-Century Central America

This book provides a novel analysis of the military campaign of Rafael Carrera during the popular insurrection of 1837-1840 in Guatemala. Over the course of three years Carrera, a semi-literate farmer, and his army of peasants established Conservative control over Guatemala and accelerated the disintegration of the Central American Federation. Although Carrera’s rise has been analyzed from a political and socio-economic perspective, the present work shows that Carrera’s vertiginous success is the product of a peculiar and misunderstood approach to warfare that combines guerrilla recruiting practices and rural insurgency logistics with conventional combat tactics and operations. Gilmar Visoni-Alonzo argues that Carrera’s hybrid warfare was made possible because of the conditions created by the militarization of Latin American society following the administrative reforms of the Bourbon monarchy in the late eighteenth century. The concept of hybrid warfare is offered as an alternative model to understand the success of other insurgencies.