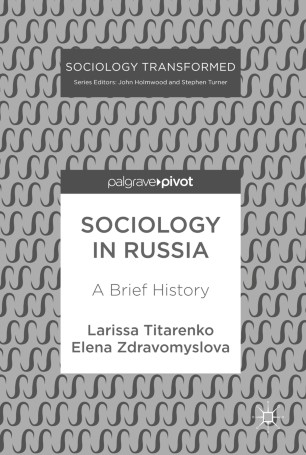 This book represents the first comprehensive historical treatment of sociology in Russia from the mid-nineteenth century through the pre-revolutionary and Soviet eras to the present day. It sheds new light on the dramatic history of sociology in the Russian context; dramatic both in its relationship with state power, and in the large-scale societal transformations it has had to grapple with. The authors highlight several particularities including the late institutionalization of sociology in the Soviet period, the breaks in continuity between its main historical periods and the relationship between sociology and power throughout its history. This valuable work will appeal to social science and history scholars, as well as readers interested in the history of contemporary Russia.