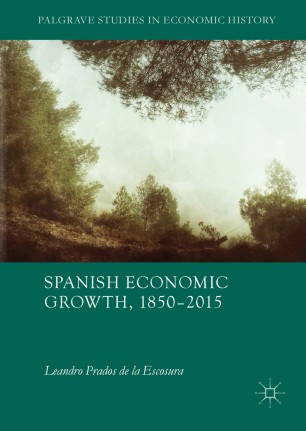 This text offers a comprehensive and nuanced view of the economic development of Spain since 1850. It provides a new set of historical GDP estimates for Spain from the demand and supply sides, and presents a reconstruction of production and expenditure series for the century prior to the introduction of modern national accounts. The author splices available national accounts sets over the period 1958–2015 through interpolation, as an alternative to conventional retropolation. The resulting national accounts series are linked to the historical estimates providing yearly series for GDP and its components since 1850. On the basis of new population estimates, the author derives GDP per head, decomposed into labour productivity and the amount of work per person, and placed into international perspective.

‘This book stands among the classics for the Kuznetian paradigm in empirical economics. This is the definitive study of Spain's transition to a modern economy.’

‘The definitive account of Spanish economic growth since 1850, based firmly on a magisterial reconstruction of that country’s national accounts and an unrivalled knowledge of both Spanish and global economic history of the period.’