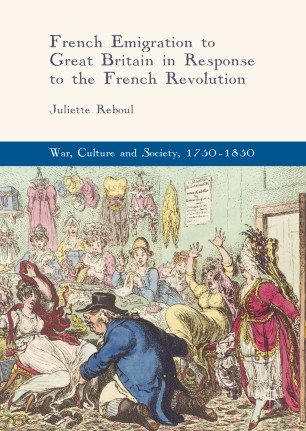 This book examines diverse encounters between the British community and the thousands of French individuals who sought haven in the British Isles as they left revolutionary and Imperial France. This painstaking research into the emigrant archival and memorial presence in Britain uncovers a wealth of underused and alternative sources on this controversial population displacement. These include open letters and classified advertisements published in British newspapers, insurance contracts, as well as lists of addresses and passports drawn up by local authorities. These sources question the construction by British loyalists and French émigré elites of a stereotyped emigrant figure and their use of the trauma of forced displacement to advance ideological agendas. In fact, public and private discourses on governmental systems, foreigners, political and religious dissent, and the economic survival of French emigrants, demonstrate the heterogeneity of the responses to emigration in Britain. Ultimately, this book narrates a story in which the emigrant community and its host have been often unnoticeably yet fundamentally transformed by their encounter, in both practical and ideological domains.

Juliette Reboul is Postdoctoral Researcher at Radboud Universiteit Nijmegen, the Netherlands. Her research interests lie in material and immaterial transfers and connections in Enlightenment Europe. She currently works on two digital humanities projects examining the dissemination of books and ideas in Europe: the ERC-funded MEDIATE, and Western Sydney’s FBTEE.