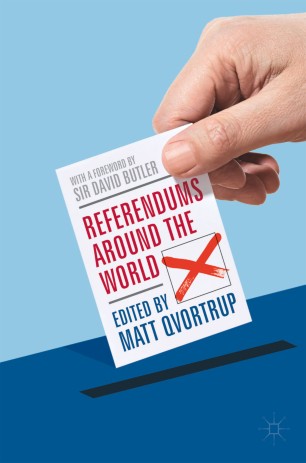 Referendums Around the World

With a Foreword by Sir David Butler

This book provides a comprehensive summary and analysis of all the nationwide referendums since 1793. Referendums are ubiquitous and are increasingly becoming vehicles for political change – or sometimes vehicles of conservatism. In 2016, for example, the voters in the United Kingdom caused a major upheaval when they voted for leaving the European Union. Later in the same year, a majority of the voters in Colombia rejected a peace plan carefully negotiated by the political elites to end decades of civil war. Were these decisions prudent?  Why were these issues submitted to referendums? Why did the majority of voters vote against the governments’ recommendations? Have ‘the people’ grown tired of the old political class? Was this a new tendency? These are some of the questions addressed in this new edition, which will be compulsory reading for anyone interested in or concerned about populism and democracy.