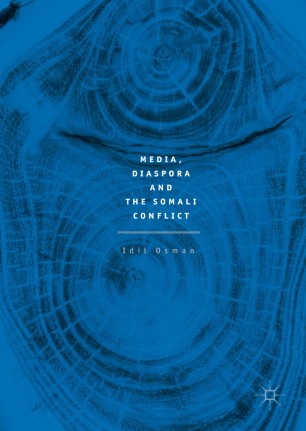 Media, Diaspora and the Somali Conflict

This book illustrates how diasporic media can re-create conflict by transporting conflict dynamics and manifesting them back in to diaspora communities. Media, Diaspora and Conflict demonstrates a previously overlooked complexity in diasporic media by using the Somali conflict as a case study to indicate how the media explores conflict in respective homelands, in addition to revealing its participatory role in transnationalising conflicts. By illustrating the familiar narratives associated with diasporic media and utilising a combination of Somali websites and television, focus groups with diaspora community members and interviews with journalists and producers, the potentials and restrictions of diasporic media and how it relates to homelands in conflict are explored.