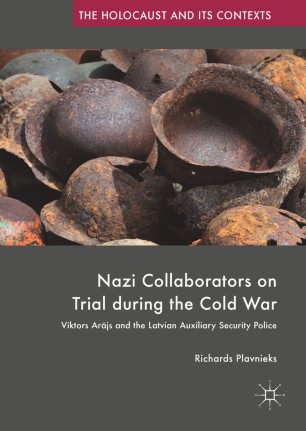 This book is a study of the legal reckoning with the crimes of the Latvian Auxiliary Security Police and its political dimensions in the Soviet Union, West and East Germany, and the United States in the context of the Cold War. Decades of work by prosecutors have established the facts of Latvian collaboration with the Nazis during the Holocaust. No group made a deeper mark in the annals of atrocity than the men of the so-called 'Arajs Kommando' and their leader, Viktors Arājs, who killed tens of thousands of Jews on Latvian soil and participated in every aspect of the 'Holocaust by Bullets.'
This study also has significance for coming to terms with Latvia’s encounter with Nazism – a process that was stunted and distorted by Latvia’s domination by the USSR until 1991. Examining the country’s most notorious killers, their fates on both sides of the Iron Curtain, and contemporary Latvians’ responses in different political contexts, this volume is a record of the earliest phases of this process, which must now continue and to which this book contributes.

“The Arajs Kommando was perhaps the single most notorious killing unit of non-German collaborators in the Holocaust, and Richards Plavnieks’ book examines how different judicial systems dealt with its members after the war. With particular sensitivity Plavnieks shows how the belated investigation into suspected Latvian war criminals in the US affected the entire Latvian-American community, as post-war Latvian immigrants were reimagined from Cold War heroes and victims into Nazi collaborators.” (Christopher R. Browning, University of North Carolina at Chapel Hill, USA)
Buy options