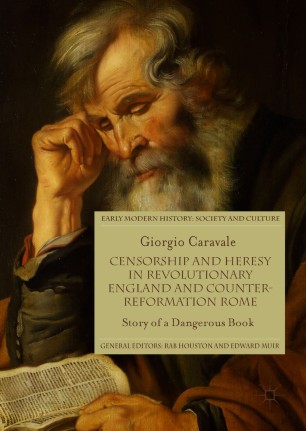 Censorship and Heresy in Revolutionary England and Counter-Reformation Rome

Story of a Dangerous Book

This book explores the secrets of the extraordinary editorial success of Jacobus Acontius' Satan's Stratagems, an important book that intrigued readers and outraged religious authorities across Europe. Despite condemnation by the Catholic Church, the work, first published in Basel in 1565, was a resounding success. For the next century it was republished dozens of times in different historical context, from France to Holland to England. The work sowed the idea that religious persecution and coercion are stratagems made up by the devil to destroy the kingdom of God. Acontius' work prepared the ground for religious toleration amid seemingly unending religious conflicts. In Revolutionary England it was propagated by latitudinarians and independents, but also harshly censored by Presbyterians as a dangerous Socinian book. Giorgio Caravale casts new light on the reasons why both Catholics and Protestants welcomed this work as one of the most threatening attacks to their religious power. This book is an invaluable resource for anyone interested in the history of toleration, in the Reformation and Counter-Reformation across Europe.