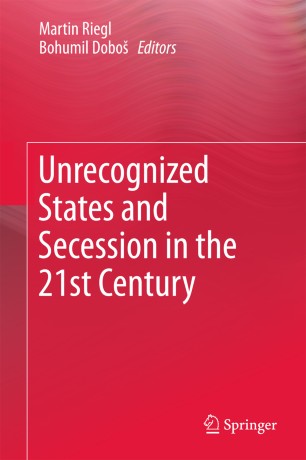 Unrecognized States and Secession in the 21st Century

This book presents novel theoretical and empirical findings on the issue of unrecognized states and secession. The first part of the book conceptualizes unrecognized states as entities with a national identity and which have achieved political independence, yet are not internationally recognized as independent states. It also addresses topics such as the role of superpowers in secessionist conflicts, ontological security in post-Soviet states, and factors influencing the legitimacy of secession referenda. In turn, the book’s second part presents selected case studies on various secessionist regions and territories, including Kurdistan, the Caucasus, Kosovo, and Bougainville.