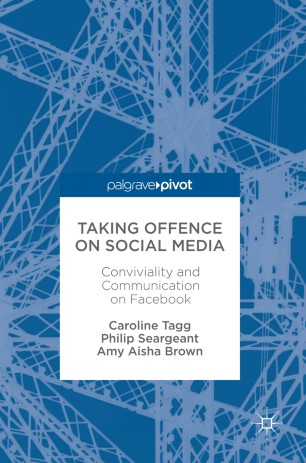 This book explores communication on Facebook, developing the new theoretical concept of context design as a way of understanding the dynamics of online interaction. Against a backdrop of fake news and other controversies surrounding online political debate, the authors focus on inadvertent acts of offence on Facebook; that is, when users of the site unwittingly offend or are offended by the airing of political or religious views, or of opinions deemed racist or sexist. Drawing on a survey of Facebook users, they explain why instances of offence occur and what users report doing in response. They argue that Facebook users contribute to the construction of a particular social space, one that is characterised by online conviviality and a belief that Facebook is not the place for serious debate. These views in turn shape the kind of political debate that can take place on the site. This thought-provoking book will appeal to scholars and students of applied linguistics, and anyone interested in the role of social media in contemporary political and social life.