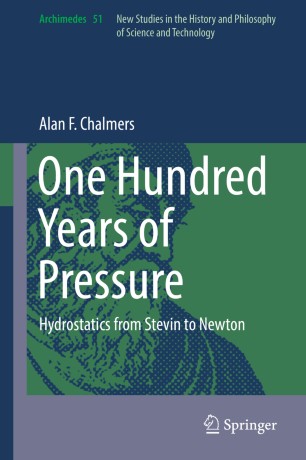 One Hundred Years of Pressure

Hydrostatics from Stevin to Newton

This monograph investigates the development of hydrostatics as a science. In the process, it sheds new light on the nature of science and its origins in the Scientific Revolution. Readers will come to see that the history of hydrostatics reveals subtle ways in which the science of the seventeenth century differed from previous periods.

The key, the author argues, is the new insights into the concept of pressure that emerged during the Scientific Revolution. This came about due to contributions from such figures as Simon Stevin, Pascal, Boyle and Newton. The author compares their work with Galileo and Descartes, neither of whom grasped the need for a new conception of pressure. As a result, their contributions to hydrostatics were unproductive.

The story ends with Newton insofar as his version of hydrostatics set the subject on its modern course. He articulated a technical notion of pressure that was up to the task. Newton compared the mathematical way in hydrostatics and the experimental way, and sided with the former. The subtleties that lie behind Newton's position throws light on the way in which developments in seventeenth-century science simultaneously involved mathematization and experimentation.
This book serves as an example of the degree of conceptual change that new sciences often require. It will be of interest to those involved in the study of history and philosophy of science. It will also appeal to physicists as well as interested general readers.