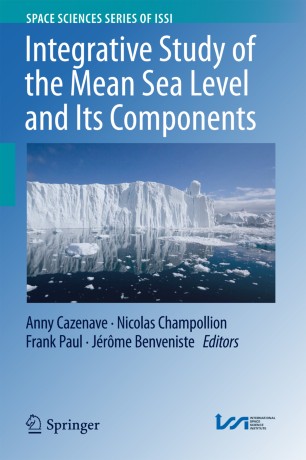 Integrative Study of the Mean Sea Level and Its Components

This volume presents the most recent results of global mean sea level variations over the satellite altimetry era (starting in the early 1990s) and associated contributions, such as glaciers and ice sheets mass loss, ocean thermal expansion, and land water storage changes. Sea level  is one of the best indicators of global climate changes as it integrates the response of several components of the climate system to external forcing factors (including anthropogenic forcing) and internal climate variability. Providing long, accurate records of the sea level at global and regional scales and of the various components causing sea level changes is of crucial importance to improve our understanding of climate processes at work and to validate the climate models used for future projections. The Climate Change Initiative project of the European Space Agency has provided a first attempt to produce consistent and continuous space-based records for several climate parameters observable from space, among them sea level. This book presents current knowledge of the sea level budget over the altimetry era and 20th century.