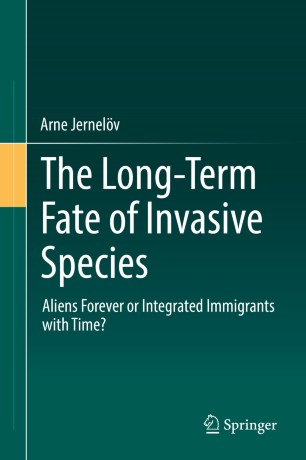 The Long-Term Fate of Invasive Species

This book examines the long-term fate of invasive species by detailing examples of invaders from different zoological and botanical taxa from various places around the world. Readers will discover what happened, after a century or so, to 'classical' invaders like rabbits in Australia, house sparrows in North America, minks in Europe and water hyacinths in Africa and Asia.
Chapters presented in the book focus on eighteen species in the form of in-depth case studies including: earthworms, zebra mussels, Canadian water weed, Himalayan balsam, house sparrows, rabbits, crayfish plague, Colorado beetles, water hyacinths, starlings, Argentine ant, Dutch elm disease, American mink,  cane toad, raccoons, Canadian beavers, African killer bees and warty comb jelly. Invaded areas described are in Africa, Asia, Australia, Europe, North America, Pacific islands, and South America. Readers will get some ideas about the likely future of current invaders from the fate of old ones. This book is intended for undergraduates studying environmental sciences, researchers and members of environmental NGO's.

Dr. Arne Jernelöv is a Swedish biologist and environmental scientist. He has served as Director of the International Institute for Applied Systems Analysis (IIASA) in Vienna, Austria. Prior to that he was Director and Professor of the Environmental and Space Research Institute in Kiruna, Sweden.

“This book had better answers to the questions in me. I guess readers can also find their own answers to their questions on invasive species. I would strongly recommend this book as a reference book rather than as a textbook. If one explores the references, it does provide enough literature for further study … worthwhile to keep in the libraries and bookshelves of ecologists, foresters and conservationists.” (S. Suresh Ramanan, Journal of Threatened Taxa, Vol. 9 (11), November, 2017)
Buy options