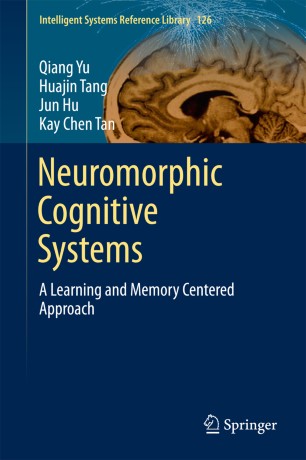 A Learning and Memory Centered Approach

The book formulates a systematic framework, from the basic mathematical and computational methods in spike-based neural encoding, learning in both single and multi-layered networks, to a near cognitive level composed of memory and cognition. Since the mechanisms for integrating spiking neurons integrate to formulate cognitive functions as in the brain are little understood, studies of neuromorphic cognitive systems are urgently needed.

The topics covered in this book range from the neuronal level to the system level. In the neuronal level, synaptic adaptation plays an important role in learning patterns. In order to perform higher-level cognitive functions such as recognition and memory, spiking neurons with learning abilities are consistently integrated, building a system with encoding, learning and memory functionalities. The book describes these aspects in detail.