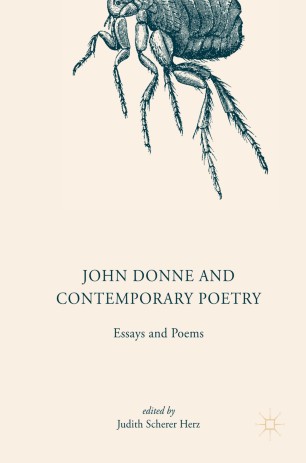 This collection of poems and essays by both poets and scholars explores how John Donne’s writing has entered into the language, the imagination, and the navigation of erotic and spiritual desires and experiences of twentieth- and twenty-first-century writers. The chapters chart a winding path from a description of the Donne and Contemporary Poetry Project at Fordham University to an encounter with the Holy Sonnets to a set of modern holy sonnets and then through the work of a poet who used Donne’s Devotions on Emergent Occasions to chart his own dying. There are further poems on sickness and recovery, an essay on Donne and disease that brings in the work of an Australian poet, and several chapters of poems with various Donnean echoes. Of the final four chapters, one places Donne in relation to another poet and one to the Psalms, followed by two chapters on Donne’s speech figures and his poetics.

Judith Scherer Herz is Distinguished Professor Emeritus at Concordia University. She has written on Donne, Milton, Shakespeare, and other early modern writers, including essays on Donne and twentieth- and twenty-first-century poetry. She has also written on Bloomsbury writers, including several books on E. M. Forster as well as articles on Forster and on Leonard Woolf.