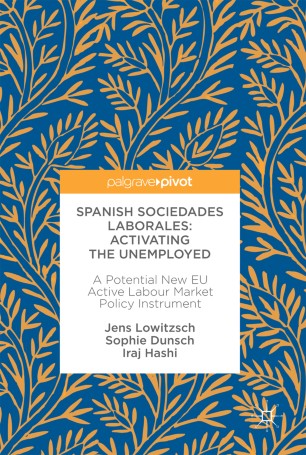 This book investigates the potential of the Spanish Sociedades Laborales (SLs) as an instrument of active labour market policy for re-turning the unemployed to the labour market. SLs are  mostly small and micro enterprises and a qualified form of the conventional corporation, majority-owned by their permanent employees. Unemployed persons can capitalise their unemployment benefits as a lump sum to start a new SL or to recapitalise an existing SL by joining it. This makes SLs similar to start-up subsidies for the unemployed, an established instrument of active labour market policy across the EU. This book examines the function and success of existing SLs and explores the transferability of the scheme to other EU Member States.

It tackles two widely discussed policy issues at both the EU level as well as the national level: firstly, the reactivation of the unemployed into work, and secondly the encouragement of employee co-ownership in the context of the economic reform agenda, in particular with regard to corporate governance, regional economic stimuli and distributive justice.