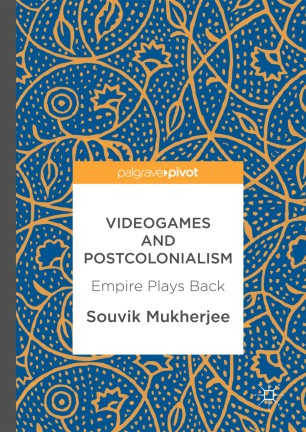 This book focuses on the almost entirely neglected treatment of empire and colonialism in videogames. From its inception in the nineties, Game Studies has kept away from these issues despite the early popularity of videogame franchises such as Civilization and Age of Empire. This book examines the complex ways in which some videogames construct conceptions of spatiality, political systems, ethics and society that are often deeply imbued with colonialism.  Moving beyond questions pertaining to European and American gaming cultures, this book addresses issues that relate to a global audience – including, especially, the millions who play videogames in the formerly colonised countries, seeking to make a timely intervention by creating a larger awareness of global cultural issues in videogame research. Addressing a major gap in Game Studies research, this book will connect to discourses of post-colonial theory at large and thereby, provide another entry-point for this new medium of digital communication into larger Humanities discourses.

Souvik Mukherjee is Assistant Professor of English Literature at Presidency University, Kolkata, India. His main areas of research are Game Studies, Digital Humanities, Early Modern Literature and Literary Theory and he is the author of Videogames and Storytelling: Reading Games and Playing Books (Palgrave Macmillan,2015).