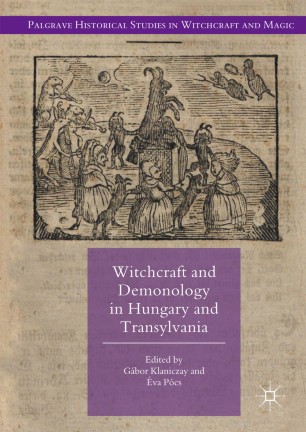 Witchcraft and Demonology in Hungary and Transylvania

This book provides a selection of studies on witchcraft and demonology by those involved in an interdisciplinary research group begun in Hungary thirty years ago. They examine urban and rural witchcraft conflicts from early modern times to the present, from a region hitherto rarely taken into consideration in witchcraft research. Special attention is given to healers, midwives, and cunning folk, including archaic sorcerer figures such as the táltos; whose ambivalent role is analysed in social, legal, medical and religious contexts. This volume examines how waves of persecution emerged and declined, and how witchcraft was decriminalised. Fascinating case-studies on vindictive witch-hunters, quarrelling neighbours, rivalling midwives, cunning shepherds, weather magician impostors, and exorcist Franciscan friars provide a colourful picture of Hungarian and Transylvanian folk beliefs and mythologies, as well as insights into historical and contemporary issues.