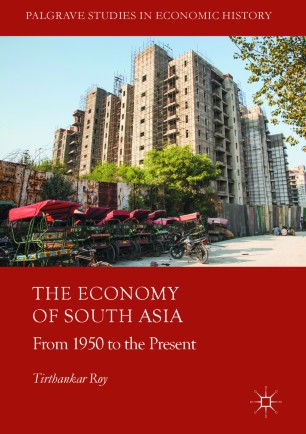 The Economy of South Asia

This book explores the historical roots of rapid economic growth in South Asia, with reference to politics, markets, resources, and the world economy. Roy posits that, after an initial slow period of growth between 1950 and the 1980s, the region has been growing rapidly and fast catching up with the world on average levels of living. Why did this turnaround happen? Does it matter? Is it sustainable? The author answers these questions by drawing connections, comparisons, and parallels between the five large countries in the region: India, Pakistan, Bangladesh, Sri Lanka and Nepal. It shows why, despite differences in political experience between these countries, similarities in resources and markets could produce similar trajectories. Home to a fifth of the world’s population, South Asia’s transformation has the power to change the world. Most accounts of the process focus on individual nations, but by breaking out of that mould, Roy takes on the region as a whole, and delivers a radical new interpretation of why the economy of South Asia is changing so fast.