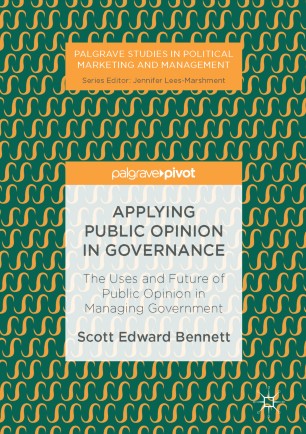 The Uses and Future of Public Opinion in Managing Government

This book explores how public opinion is used to design, monitor and evaluate government programmes in Australia, Canada, New Zealand, and the United Kingdom. Using information collected from the media and from international practitioners in the public opinion field, as well as interviews in each of the 4 countries, the author describes how views of public opinion and governance differ significantly between elites and the general public. Bennett argues that elites generally risk more by allowing the creation of new data, fearing that its analysis may become public and create communications and political problems of various kinds. The book finds evidence that recent conservative governments in several countries are changing their perspective on the use of public opinion, and that conventional public opinion studies are facing challenges from the availability of other kinds of information and new technologies. This book is a hugely valuable contribution to a hitherto little explored field and will appeal to academics and practitioners alike.