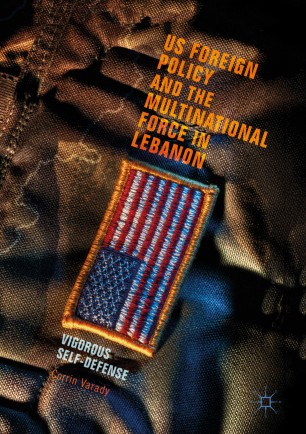 US Foreign Policy and the Multinational Force in Lebanon

This book offers a fresh perspective on the impact of the US intervention in Lebanon in 1982 and the decision-making drivers that led the Reagan Administration into the Lebanese Civil War. Based on newly released archival materials from high level Washington officials such as President Reagan, Secretary of State Shultz and Secretary of Defense Weinberger, it argues that the failure of the Reagan Administration to accurately understand the complex political landscape of the Lebanese Civil War resulted in the US-led Multinational Force becoming militarily intertwined in the conflict. This book challenges the notion that Reagan deployed US Marines under the ideals of international peacekeeping, asserting that the US Administration hoped that the Multinational Force would create the political capital that Reagan needed to strengthen the US’ position both in the Middle East and globally. Ultimately, the peacemakers were forced to withdraw as they evolved into antagonists. A case study in the foreign policy doctrines of key Washington decision-makers throughout the 1980s, this project is perfect for any International Relations scholar or interested reader seeking to understand the links between the mistakes of the Reagan Administration and contemporary US interventions in the Middle East.