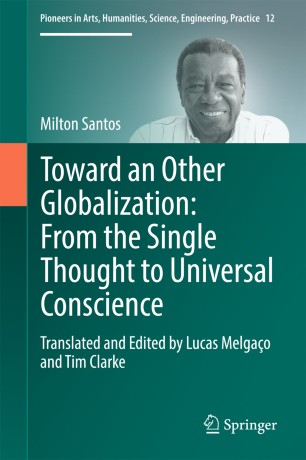 Toward an Other Globalization: From the Single Thought to Universal Conscience

This book presents an alternative theory of globalization that derives not from the dominant perspective of the West, from which this process emerged, but from the critical vantage point of the Third World, which has borne the heaviest burdens of globalization. It offers a critical and uniquely first-hand perspective that is lacking not only from the apologists of Western hegemony, but from most scholars writing against this hegemony from within the globalizing world. Renowned throughout Latin America and parts of Europe, the author, Brazilian geographer Milton Santos, has long been for the most part inaccessible to the English-speaking world. Only one of his books, The Shared Space: The Two Circuits of the Urban Economy in Underdeveloped Countries, published in 1975, has been translated into English; nevertheless, the works of Santos's most important phase, from the 1980s until his death in 2001, have remained unavailable to English readers. With the translation of Toward an Other Globalization, one of the last works published in Santos’s lifetime, this situation has finally been rectified. In this book, Santos argues that we must consider globalization in three different senses: globalization as a fable (the world as globalizing agents make us believe), as perversity (the world as it is presently, in the throes of globalization), and as possibility (the world as it could be). What emerges from the analysis of these three senses is an alternative theory of globalization rooted in the perspective of the so-called Global South. Santos concludes his text with a message that is optimistic, but in no way naïve. What he offers instead is a revolutionary optimism and, indeed, an other globalization.