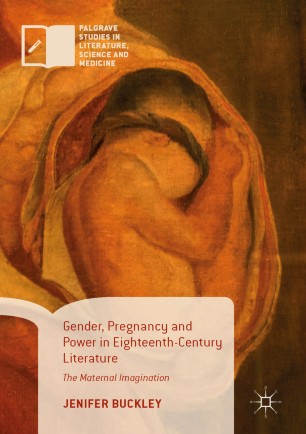 ‘In The Maternal Imagination, Buckley presents significant original evidence of the medical, folkloric, political, and aesthetic roots and occurrences of the trope of maternal imagination in a diverse range of literary genres in the eighteenth century. This comprehensive work is a valuable contribution to the field of eighteenth-century cultural history.’ — Rebecca Davies, Associate Professor of English Literature, Norwegian University of Science and Technology, Norway

This book reveals the cultural significance of the pregnant woman by examining major eighteenth-century debates concerning separate spheres, man-midwifery, performance, marriage, the body, education, and creative imagination. This book explores the medical, economic, moral, and literary ramifications of the notion that a pregnant woman could alter the development of her foetus with the power of her thoughts and feelings. Eighteenth-century authors sought urgently to define, understand and control the concept of maternal imagination as they responded to and provoked fundamental questions about female intellect and the relationship between mind and body. Interrogating the multiple models of maternal imagination both separately and as a holistic set of socio-cultural components, the author uncovers the discourse of maternal imagination across eighteenth-century drama, popular print, medical texts, poetry and novels. This overdue rehabilitation of the pregnant woman in literature is essential reading for scholars of the eighteenth century, gender and literary history.