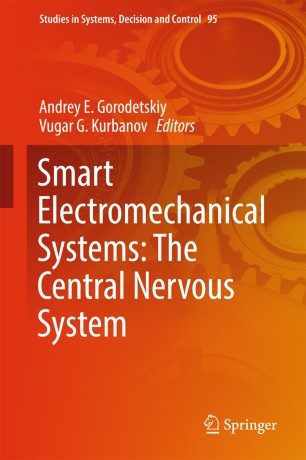 Part of the Studies in Systems, Decision and Control book series (SSDC, volume 95)

This book describes approaches to solving the problems of developing the central nervous system of robots (CNSR) based on smart electromechanical systems (SEMS) modules, principles of construction of the various modules of the central nervous system and variants of mathematical software CNSR in control systems for intelligent robots. It presents the latest advances in theory and practice at the Russian Academy of Sciences. Developers of intelligent robots to solve modern problems in robotics are increasingly addressing the use of the bionic approach to create robots that mimic the complexity and adaptability of biological systems. These have smart electromechanical system (SEMS), which are used in various cyber-physical systems (CPhS), and allow the functions of calculation, control, communications, information storage, monitoring, measurement and control of parameters and environmental parameters to be integrated. The behavior of such systems is based on the information received from the central nervous system of the robot (CNSR) on the state of the environment and system state.

Recent advances in computer science, measuring and computing techniques have stimulated the practical realization of the CNSR, providing a fundamentally new approach to the methods and algorithms of formation of appropriate robot behavior.

Intelligent robots with CNSR occupy a special place among the highly efficient robotic systems with parallel structures and play an important role in modern automated industries, and this timely book is a valuable resource for specialists in the field of robotics and control, as well as for students majoring in “Robots”, “System analysis and management”, and “Automation and control”.