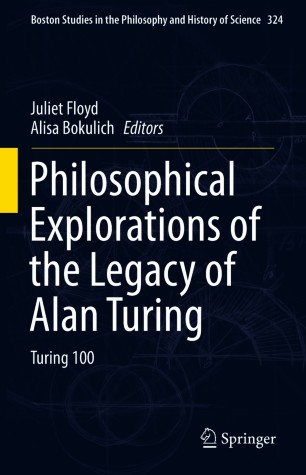 Philosophical Explorations of the Legacy of Alan Turing

Part of the Boston Studies in the Philosophy and History of Science book series (BSPS, volume 324)

This volume presents an historical and philosophical revisiting of the foundational character of Turing’s conceptual contributions and assesses the impact of the work of Alan Turing on the history and philosophy of science. Written by experts from a variety of disciplines, the book draws out the continuing significance of Turing’s work. The centennial of Turing’s birth in 2012 led to the highly celebrated “Alan Turing Year”, which stimulated a world-wide cooperative, interdisciplinary revisiting of his life and work. Turing is widely regarded as one of the most important scientists of the twentieth century: He is the father of artificial intelligence, resolver of Hilbert’s famous Entscheidungsproblem, and a code breaker who helped solve the Enigma code. His work revolutionized the very architecture of science by way of the results he obtained in logic, probability and recursion theory, morphogenesis, the foundations of cognitive psychology, mathematics, and cryptography. Many of Turing’s breakthroughs were stimulated by his deep reflections on fundamental philosophical issues. Hence it is fitting that there be a volume dedicated to the philosophical impact of his work. One important strand of Turing’s work is his analysis of the concept of computability, which has unquestionably come to play a central conceptual role in nearly every branch of knowledge and engineering.