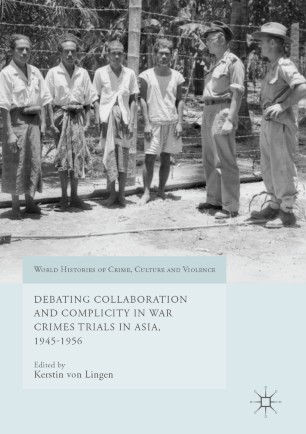 Debating Collaboration and Complicity in War Crimes Trials in Asia, 1945-1956

Part of the World Histories of Crime, Culture and Violence book series (WHCCV)

This innovative volume examines the nexus between war crimes trials and the pursuit of collaborators in post-war Asia. Global standards of behaviour in time of war underpinned the prosecution of Japanese military personnel in Allied courts in Asia and the Pacific. Japan’s contradictory roles in the Second World War as brutal oppressor of conquered regions in Asia and as liberator of Asia from both Western colonialism and stultifying tradition set the stage for a tangled legal and political debate: just where did colonized and oppressed peoples owe their loyalties in time of war? And where did the balance of responsibility lie between individuals and nations? But global standards jostled uneasily with the pluralism of the Western colonial order in Asia, where legal rights depended on race and nationality. In the end, these limits led to profound dissatisfaction with the trials process, despite its vast scale and ambitious intentions, which has implications until today.