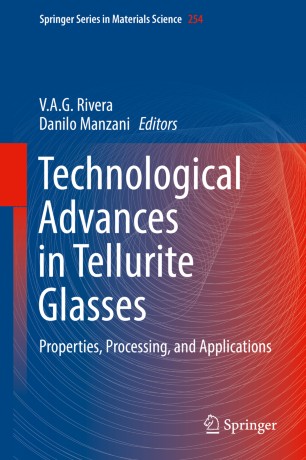 This book is the first to provide a comprehensive introduction to the synthesis, optical properties, and photonics applications of tellurite glasses. The book begins with an overview of tellurite glasses, followed by expert chapters on synthesis, properties, and state-of-the-art applications ranging from laser glass, optical fibers, and optical communications through color tuning, plasmonics, supercontinuum generation, and other photonic devices. The book provides in-depth information on the the structural, linear, and non-linear optical properties of tellurite glasses and their implications for device development. Real-world examples give the reader valuable insight into the applications of tellurite glass. A detailed discussion of glass production methods, including raw materials and melting and refining oxide- and fluoro-tellurite glasses, is also included. The book features an extensive reference list for further reading.
This highly readable and didactic text draws on chemical composition, glass science, quantum mechanics, and electrodynamics. It is suitable for both advanced undergraduate and graduate students as well as practicing researchers.