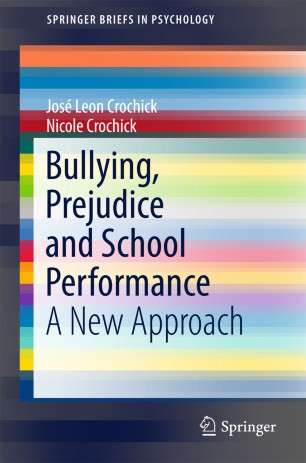 This brief presents a new approach to the study of bullying and prejudice in school settings, analyzing the particularities of these two forms of violence and relating them to the hierarchies that distinguish students based on academic performance and popularity. Analyzing data gathered by surveys carried out between 2010 and 2014 with 274 students from public schools of São Paulo, Brazil, the authors show that, despite bullying and prejudice are related, they have specific characteristics that need to be acknowledged in order to help educators develop more efficient initiatives to prevent them.

Building upon the Critical Theory of Society – especially Adorno’s studies of authoritarian personality and school hierarchies – the authors develop a theoretical framework that helps researchers and educators to identify the particularities of bullying and prejudice and develop specific strategies to deal with them. In addition, the empirical and theoretical elements presented in the book show how these forms of violence are related to the two hierarchies that exist side by side in schools – the official hierarchy that distinguishes good and bad students based on their academic performance and the unofficial hierarchy characterized by the distinction between those who excel in dating, fighting, in team sports and those who do not excel in any of these activities.

• Examines data gathered by surveys carried out with 274 students of public schools in São Paulo, Brazil, between 2010 and 2014

• Presents strategies to fight bullying and prejudice in schools

Bullying, Prejudice and School Performance: A New Approach is a useful and innovative tool for psychologists, educators, sociologists, school teachers and researchers in the fields of child and school psychology, educational psychology, sociology of education and related disciplines.