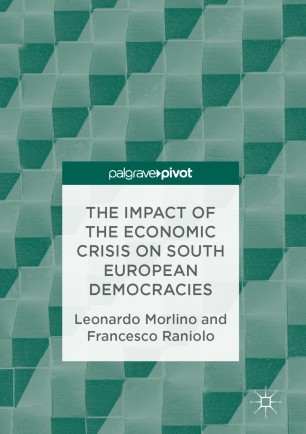 The Impact of the Economic Crisis on South European Democracies

This book questions whether and to what extent a conjunctural phenomenon such as an economic crisis can bring about lasting political consequences. It focuses on the parties and party systems of four South European countries (Portugal, Spain, Italy, and Greece) between 2008-15. The authors also consider how elections, protests, and interests are affected by the crisis in these four democracies, before assessing how to define the impact of the economic crisis on political participation and competition. In this vein the book analyzes relevant aspects of party systems, the notion of neo-populism as a key to understanding new actors of South European policy, and interest intermediation as a factor of weakness in managing the crisis. Finally, the authors summarize the empirical results emerging from the research: the partial reshaping of cleavages as well as the relevance of the establishment vs. anti-establishment cleavage for the emergence and success of neo-populist parties. The book will be of use to students and scholars interested in South European politics, comparative politics, and democracies.

Francesco Raniolo is Professor of Political Science and Comparative politics at the University of Calabria, Italy, where he is also Director of the Department of Political and Social Sciences. His main research interests include the political parties, political participation and the quality of democracy, and he has published extensively on these topics.