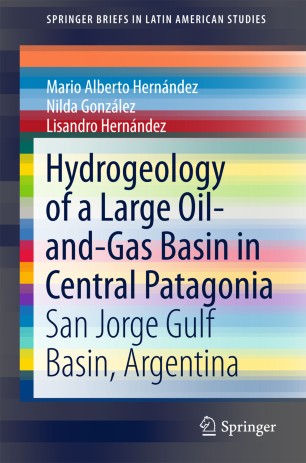 Hydrogeology of a Large Oil-and-Gas Basin in Central Patagonia

This book analyzes the most important geohydrological aspects of the San Jorge Gulf Basin (Chubut and Santa Cruz provinces, Argentine Patagonia), with a particular focus on the physical and hydrodynamic characteristics of the system. Discovered in 1907, the San Jorge Gulf Basin was the first petroleum and gas-producing basin in Argentina. It is also one of the most important areas with real prospects for non-conventional exploitation (shale oil-gas). After characterizing the hydroclimatic background (hydrometeorological parameters and water balance), the book describes the main physical aspects: geomorphology, soils and surface as well as subsoil geology, especially lithology, structures, stratigraphy and hydrogeology.