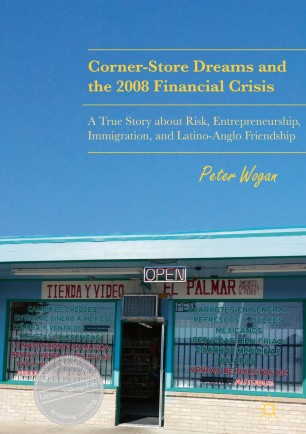 Corner-Store Dreams and the 2008 Financial Crisis

A True Story about Risk, Entrepreneurship, Immigration, and Latino-Anglo Friendship

This book tells the incredible true story of Ranulfo Juárez, a Mexican immigrant. After working for years in the fields of Oregon and becoming a U.S. citizen, Ranulfo started making plans to buy a small bakery in 2005. But not knowing if the economy would hold steady, Ranulfo examined his dreams every morning in search of secret clues foretelling insight and a successful bakery—or homelessness. Ranulfo also enlisted author Peter Wogan, a white anthropology professor with a penchant for self-doubt, as his confidante and sidekick in this quest. Readers won’t know until the end whether Ranulfo became another innocent victim of the Financial Crisis of 2008, but, throughout, they will see Ranulfo and Peter confront naysayers and cheats, as well as their own differences and fears. Like Don Quixote, this book is comical, subversive, and inspirational.