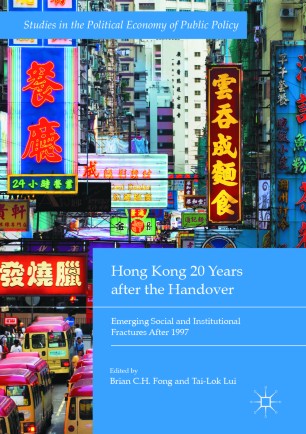 Hong Kong 20 Years after the Handover

Emerging Social and Institutional Fractures After 1997

This book examines the socio-political conflicts which have arisen since Hong Kong’s return to China and confronts the fundamental problems in the design of the One Country, Two Systems (OCTS) Model.  It considers not only the issue of democratization, but also the institutional fractures in the executive-dominant political system and the disconnection between the executive and the legislature. It describes the drastic changes which have affected social mobilization and political activism in Hong Kong, as well as the pattern of interaction between the government and civil society. Co-edited by Brian C.H. Fong and Lui Tai Lok, this edited volume brings together a team of cutting-edge researchers to examine the operation of the One Country, Two Systems (OCTS) Model in Hong Kong over the past 20 years.  The discussion and analysis offered by the contributors will cast light on social and political tensions and conflicts that will continue to unfold in the coming years. This timely account, published on the 20th anniversary of the handover, will be a valuable read for students and scholars of Chinese and East Asian studies.