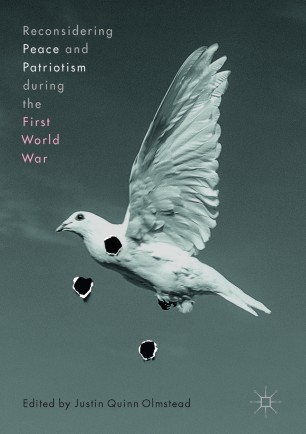 Reconsidering Peace and Patriotism during the First World War

This volume provides a unique view of the movement for peace during the First World War, with contributors from across Europe and the United States providing a distinctive cultural analysis of peace movements during the Great War. As Europe began its descent into the madness that became the First World War, people in every nation worked to maintain peace. Once the armies began to march across borders, activists and politicians alike worked to bring an end to the hostilities.  This collection explores what peace meant to the different people, societies, nationalities, and governments involved in the First World War. It offers a wide variety of observations, including Italian socialists and their fight for peace, women in Britain pushing for peace, and French soldiers refusing to fight in an effort to bring about peace.