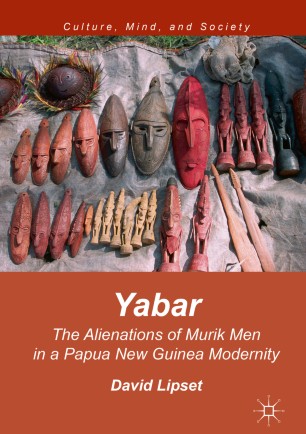 The Alienations of Murik Men in a Papua New Guinea Modernity

This book analyses the dual alienations of a coastal group rural men, the Murik of Papua New Guinea. David Lipset argues that Murik men engage in a Bakhtinian dialogue: voicing their alienation from both their own, indigenous masculinity, as well as from the postcolonial modernity in which they find themselves adrift. Lipset analyses young men’s elusive expressions of desire in courtship narratives, marijuana discourse, and mobile phone use—in which generational tensions play out together with their disaffection from the state. He also borrows from Lacanian psychoanalysis in discussing how men’s dialogue of dual alienation appears in folk theater, in material substitutions—most notably, in the replacement of outrigger canoes by fiberglass boats—as well as in rising sea-levels, and the looming possibility of resettlement.