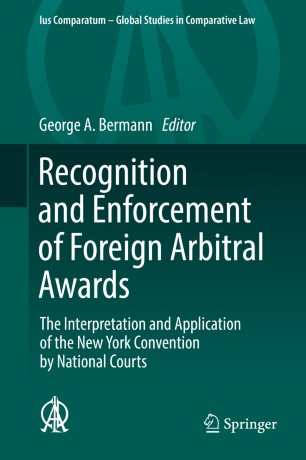 This book examines how the Convention on the Recognition and Enforcement of Foreign Arbitral Awards, commonly known as The New York Convention, has been understood and applied in [insert number] jurisdictions, including virtually all that are leading international arbitration centers.  It begins with a general report surveying and synthesizing national responses to a large number of critical issues in the Convention’s interpretation and application. It is followed by national reports, all of which are organized in accordance with a common questionnaire raising these critical issues.

The New York Convention was intended to enhance the workings of the international arbitral system, primarily by ensuring that arbitral awards are readily recognizable and enforceable in States other than the State in which they are rendered, subject of course to certain safeguards reflected by the Convention’s limited grounds for denying recognition or enforcement.  It secondarily binds signatory states to enforce the arbitration agreements on the basis of which awards under the Convention will be rendered.