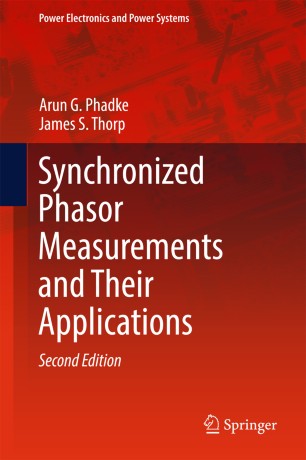 Synchronized Phasor Measurements and Their Applications

This book builds on the cutting edge research presented in the previous edition that was the first of its kind to present the technology behind an emerging power systems management tool still in the early stages of commercial roll-out. In the intervening years, synchrophasors have become a crucial and widely adopted tool in the battle against electricity grid failures around the world.  Still the most accurate wide area measurement (WAMS) technology for power systems, synchronized phasor measurements have become increasingly sophisticated and useful for system monitoring, as the advent of big data storage allows for more nuanced real-time analysis, allowing operators to predict, prevent and mitigate the impacts of blackouts with enhanced accuracy and effectiveness. This new edition continues to provide the most encompassing overview of the technology from its pioneers, and has been expanded and updated to include all the applications and optimizations of the last decade.

·         The seminal work in the essential field of synchophasor power system applications, from the renowned researchers who invented the technology;

·         Now updated to include the newest applications and optimizations supporting more accurate analytics and prediction, and therefore more certain prevention of blackouts;

·         Presents a coherent account of the development of the technology, and of the emerging applications of these measurements.

Dr. Arun Phadke is University Distinguished Research Professor in the Department of Electrical Engineering at Virginia Tech. In 1993, he was elected to the National Academy of Engineering for his work in the digital control, protection, and monitoring of electrical power systems. Election to the Academy is among the highest professional honors accorded an engineer. In 1991, he received the IEEE Outstanding Power Engineering Educator Award. Dr. Phadke holds five patents, has authored more than 150 papers and has written or contributed to 22 books. He was Editor in Chief of IEEE Transactions on Power Delivery, and is a Distinguished Member of CIGRE. Along with Dr. James Thorp, former head of the Bradley Department of Electrical Engineering at Virginia Tech, Phadke received The Franklin Institute's 2008 Benjamin Franklin Medal in Electrical Engineering for their contributions to the power industry, particularly microprocessor controllers in electric power systems that have significantly decreased the occurrence and duration of power blackouts. In 2016, Phadke received the IEEE Power Engineering Medal.

Dr. James S. Thorp is Hugh P. and Ethel C. Kelly Research Professor Emeritus of Electrical Engineering at Virginia Tech, where he served as Department Head of Electrical Engineering. Dr. Thorpe  was the Charles N. Mellowes Professor in Engineering and Director of the School of Electrical and Computer Engineering at Cornell University from 1994-2001. He was elected to the National Academy of Engineering in 1996, and was elected Fellow of the IEEE in 1989 “for contributions to development of digital techniques for power system protection.” He received the 2001 Power Engineering Society Career Service Award, the 2006 IEEE Outstanding Power Engineering Educator Award, and shared the 2007 Benjamin Franklin Medal with Dr. Arun Phadke. Professor Thorp was Editor for the IEEE Transactions on Power Delivery (Power System Relaying) from 1998-2001. He is a member of the IEEE Power System Relaying Committee, CIGRE, Eta Kappa Nu, Tau Beta Pi, and Sigma Xi.