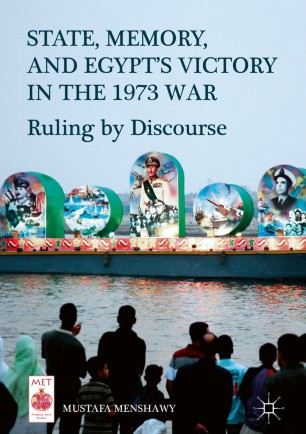 State, Memory, and Egypt’s Victory in the 1973 War

This book explores and problematises the war discourse regarding Egypt's victory in the 1973 War. It traces the process through which this discourse was constructed and reconstructed by the state throughout the periods of President Anwar Sadat, his successor Hosni Mubarak, and afterwards. It uses Critical Discourse Analysis to combine analysis of texts commemorating the war with a study of the socio-political milieu related to personal authoritarianism and the state’s intricate relations with the army, the press and Islamists.