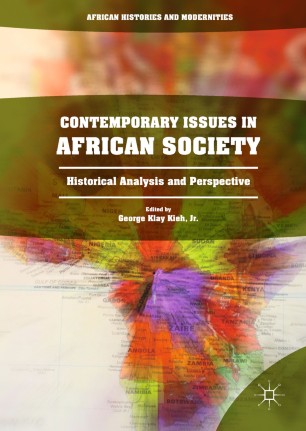 This book examines the twin critical processes of state-building and nation-building in Africa and the confluence of major domestic and global issues that shape them. The book covers topics such as the expansive role of non-governmental organizations, the growing influence of charismatic Pentecostalism, ethnic conflicts in East Africa, the failure of the African Union’s peacekeeping efforts in Sudan’s Darfur region, and Africa's expanding relations with the European Union. It combines discussion of these frontier issues shaping contemporary African society with analysis from leading policy experts.