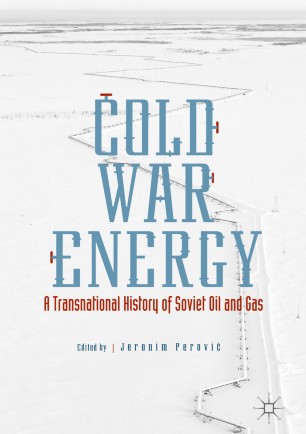 A Transnational History of Soviet Oil and Gas

This book examines the role of Soviet energy during the Cold War. Based on hitherto little known documents from Western and Eastern European archives, it combines the story of Soviet oil and gas with general Cold War history. This volume breaks new ground by framing Soviet energy in a multi-national context, taking into account not only the view from Moscow, but also the perspectives of communist Eastern Europe, the US, NATO, as well as several Western European countries – namely Italy, France, and West Germany. This book challenges some of the long-standing assumptions of East-West bloc relations, as well as shedding new light on relations within the blocs regarding the issue of energy. By bringing together a range of junior and senior historians and specialists from Europe, Russia and the US, this book represents a pioneering endeavour to approach the role of Soviet energy during the Cold War in transnational perspective.