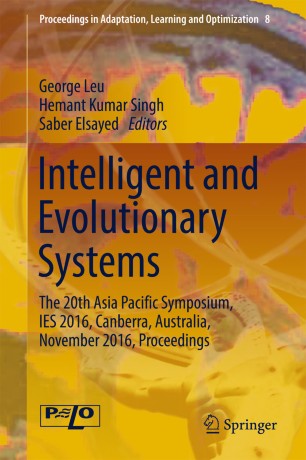 Part of the Proceedings in Adaptation, Learning and Optimization book series (PALO, volume 8)

Over the last two decades the field of Intelligent Systems delivered to human kind significant achievements, while also facing major transformations. 20 years ago, automation and knowledge-based AI were still the dominant paradigms fueling the efforts of both researchers and practitioners. Later, 10 years ago, statistical machine intelligence was on the rise, heavily supported by the digital computing, and led to the unprecedented advances in and dependence on digital technology. However, the resultant intelligent systems remained designer-based endeavors and thus, were limited in their true learning and development abilities.

Today, the challenge is to have in place intelligent systems that can develop themselves on behalf of their creators, and gain abilities with no or limited supervision in the tasks they are meant to perform. Cognitive development systems, and the supporting cognitive computing are on the rise today, promising yet other significant achievements for the future of human kind.

This book captures this unprecedented evolution of the field of intelligent systems, presenting a compilation of studies that covers all research directions in the field over the last two decades, offering to the reader a broad view over the field, while providing a solid foundation from which outstanding new ideas may emerge.