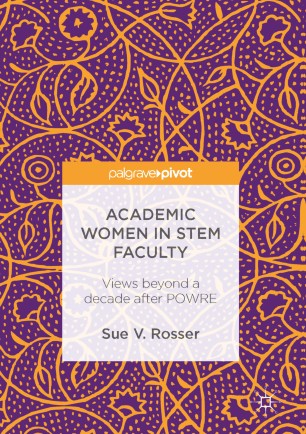 Views beyond a decade after POWRE

This volume examines major issues facing successful women in academic science. In doing so, Sue Rosser outlines the persisting and shifting perspectives of women who have achieved seniority and remained in academia during the last fifteen years through survey data from women who received POWRE awards from the NSF. Some evidence suggests that budget cuts and an increasing reliance on technology have impacted higher education and exacerbated gender issues, but until now, little research has focused directly on the lingering effects of these changes.