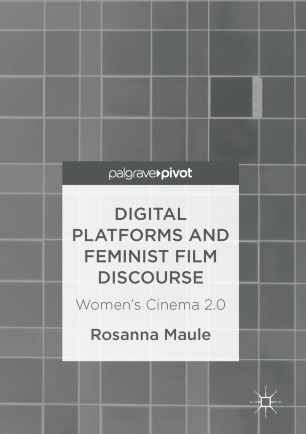 This project offers a critical overview of how online activities and platforms are becoming an important source for the production and promotion of women’s films. Inspired by a transnational feminist framework, Maule examines blogs, websites, online services and projects related to women’s filmmaking in an interrogation of the very meaning of women’s cinema at the complex intersection with digital technology and globalization. It discusses women’s cinema 2.0 as a resistant type of cinematic expression and brings attention to the difficulties inherent in raising and expanding visibility for women’s filmic expression within a global sphere dominated by neo-liberalism and post-feminism. The author pays close attention to the challenges and contradictions involved in bringing a niche area of filmmaking and feminist discourse to the broad and diverse communities of the Internet and global media market, while also highlighting the changing forms of media and feminism.
Rosanna Maule is professor of Film Studies in the Mel Hoppenheim School of Cinema at Concordia University, Montreal. She specializes in contemporary film authorship, European contemporary cinema, and feminist approaches to film and media studies. She is the author of Beyond Auteurism (2008), main editor of In the Dark Room (2009) and has edited several book chapters and film journal articles on topics related to her areas of expertise. She is part of the research team GRAFICS at Université de Montréal, on the Board of Directors of the Women’s Film History International and an active member of the Doing Women’s Film History Network and the Global Women's Cinema Project. With her colleague Guylaine Dionne, she is completing a feature documentary on the role and visibility of female film directors working in fiction filmmaking around the world.