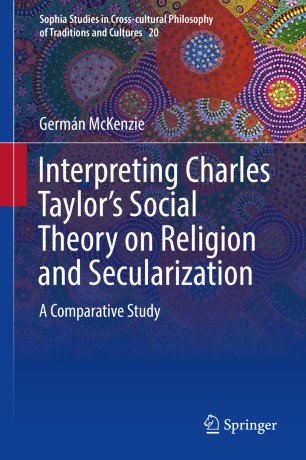 Part of the Sophia Studies in Cross-cultural Philosophy of Traditions and Cultures book series (SCPT, volume 20)

This book examines “Taylorean social theory,” its sources, main characteristics and impact. Charles Taylor’s meta-narrative of secularization in the West, prominently contained in his major work A Secular Age (2007), has brought new insight on the social and cultural factors that intervened in such process, the role of human agency, and particularly on the contemporary conditions of belief in North America and Europe. This study discusses what Taylor’s approach has brought to the scholarly debate on Western secularization, which has been carried on mostly in sociological terms. McKenzie interprets Taylor’s views in a way that offers an original social theory. Such interpretation is possible with the help of sociologist Margaret Archer’s “morphogenetic theory” and by making the most of Taylor’s particular understanding of the method of the social sciences and of his philosophical views on human beings, knowledge and modernity. After exploring the philosophical and sociological sources informing Taylorean social theory and proposing its basic concepts and hermeneutic guidelines, the author compares it with two widespread theories of secularization: the now waning “orthodox” account and that proposed by Rational Choice Theory scholars, particularly prevalent in the United States. In doing so, the book shows in which ways Taylorean social theory supersedes them, what new issues it brings into the scholarly discussion, and what difficulties might limit its future development.