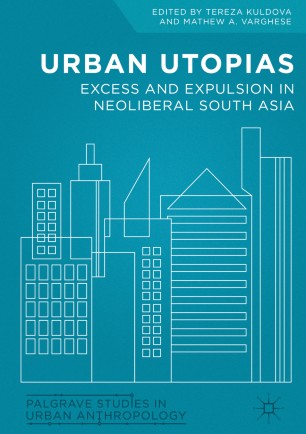 This book brings anthropologists and critical theorists together in order to investigate utopian visions of the future in the neoliberal cities of India and Sri Lanka. Arguing for the priority of materiality in any analysis of contemporary ideology, the authors explore urban construction projects, special economic zones, fashion ramps, films, archaeological excavations, and various queer spaces. In the process, they reveal how diverse co-existing utopian visions are entangled with local politics and global capital, and show how these utopian visions are at once driven by visions of excess and by increasing expulsions. It’s a dystopia already in the making – one marred by land grabs and forced evictions, rising inequality, and the loss of urbanity and civility.