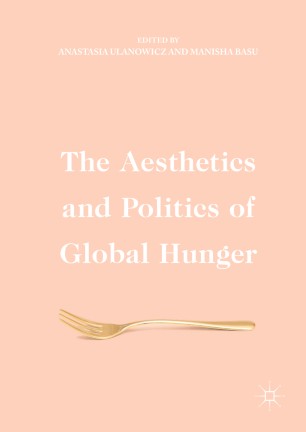 The Aesthetics and Politics of Global Hunger

This collection investigates modern imperialist practices and their management of hunger through its punctuated distribution amongst asymmetrically related marginal populations. Drawing on relevant material from Egypt, Ireland, India, Ukraine, and other regions of the globe, The Aesthetics and Politics of Global Hunger is a rigorously comparative study made up of ten essays by well-established scholars from universities around the world. Since modernity, we have been inhabitants of a globe increasingly connected through discourses of equal access for all humans to the resources of the planet, but the volume emphasizes alongside this reality the flagrant politicization of those same resources. From this emphasis, the essays in the volume place into relief the idea that ideological and aesthetic discourses of hunger could inform ethical thinking and practices about who or what constitutes the figure of the modern historical human.

Anastasia Ulanowicz is Associate Professor of English at the University of Florida, USA. She is author of Second-Generation Memory and Contemporary Children’s Literature: Ghost Images (2015) and associate editor of ImageTexT.

Manisha Basu is Associate Professor of English and African Studies at the University of Illinois, Urbana-Champaign, USA. She is author of The Rhetoric of Hindu India: Language and Urban Nationalism (2016). Her interests include South Asian literatures and cultures, Anglophone African literatures, postcolonial studies, and literary and critical theory.