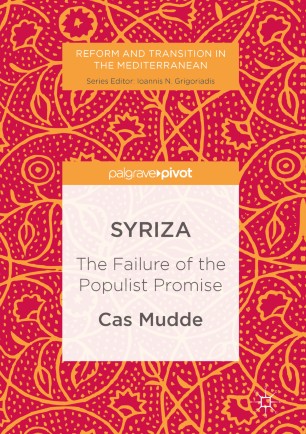 The Failure of the Populist Promise

This book studies the rollercoaster first year in office of the Coalition of the Radical Left (SYRIZA), which for many Europeans constituted the hope for a different Europe, beyond austerity and national egocentrism. Through a collection of sharp and short articles and interviews that critically chronicle the rapid rise of SYRIZA, the author argues that SYRIZA is not so much a new European phenomenon, but rather a rejuvenated form of an old Greek phenomenon, left populism, which overpromises and seldom delivers. By putting the phenomenon of SYRIZA within a broader Greek and European context, in which political extremism and populism are increasingly threatening liberal democracy, Mudde argues that Greece is neither a new Weimar Germany nor the future of Europe. As SYRIZA has failed to bring the change it promised, the only remaining question now is whether it can establish itself in the Greek party system. This book will be of use to students and scholars interested in Greek politics, comparative politics, populism, and extremism.