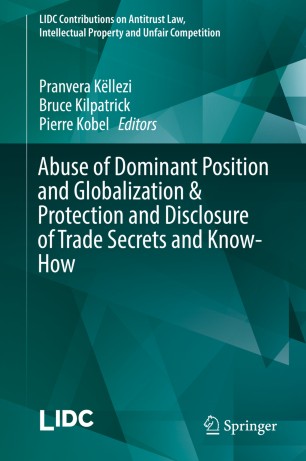 This publication provides an unparalleled comparative analysis of two "hot topics" in the field of antitrust and unfair competition law with regard to a number of key countries.

The first part of the book examines the prohibition of abuse of a dominant position and globalization in relation to two broad questions: first, whether there is consistency between the approaches of different jurisdictions to the notion of abuse, and, second, whether there are too many restrictions on legal rights and business opportunities resulting from the prohibition of abuse of dominance. The international report drafted by Professor Pinar Akman reveals that there are as many similarities as differences between the approaches of the twenty-one jurisdictions studied and presented in this book. This is an invitation to read the excellent international report as well as the reports on specific jurisdictions in order to grasp the variety of arguments and approaches of this antitrust area, which may, on the surface, appear alike.

The second part gathers contributions on the question of protection and disclosure of trade secrets and know-how from various jurisdictions. The need for adequate protection of trade secrets has increased due to digitalization and the ease with which large volumes of misappropriated information can be reproduced. The comprehensive international report, prepared by Henrik Bengtsson, brings together these reflections by comparing various national positions.

The book also discusses the resolutions passed by the General Assembly of the International League of Competition Law (LIDC) following a debate on each of these topics, and includes proposed solutions and recommendations.