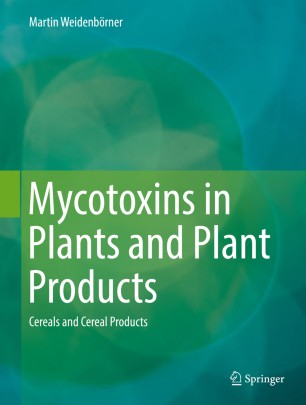 Mycotoxins in Plants and Plant Products

This book provides detailed data and information about the cereals and cereal products that are affected by mycotoxins, and gives a basic overview of mycotoxins in these foodstuffs. Mycotoxin contamination of food occurs as a result of crop invasion by field fungi such as Fusarium spp. and Alternaria spp., or storage fungi such as Aspergillus spp. and Penicillium spp., which can grow on/in stored commodities and are able to produce mycotoxins. In the worst case, these fungi produce secondary metabolites called mycotoxins, which can be very harmful to humans and animals when, for example, they are consumed through food due to their various negative effects on several organs in both humans and animals. Mycotoxins in Plants and Plant Products: Cereals and Cereal Products lists the predisposition of a foodstuff for mycotoxin contamination, as well as the degree of contamination, concentration, and country of detection/origin for each case of mycotoxin contamination of this kind of foodstuff. It includes both alphabetical and numerical lists of literature.