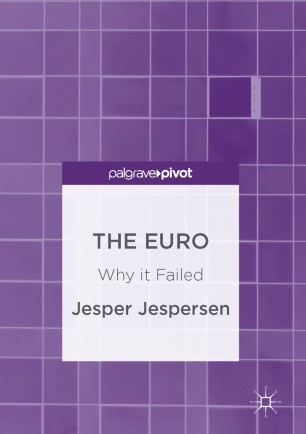 This book takes a close look at macroeconomic imbalances within the Eurozone and explores the profound consequences the introduction of the European Monetary Union (EMU) has had on Euro area countries. Particular attention is given to balance of payments deficits and surpluses, and the profound difficulties of rebalancing the Euro area. Throughout the chapters, the author argues that the EMU has failed to support an optimal currency area with the correct institutional arrangements due to misunderstandings at a macroeconomic level. The author also sheds light on the stability pact and the resulting macroeconomic trap which has left a number of Eurozone countries with devastatingly high rates of unemployment. The book argues that by disregarding important macroeconomic imbalances, Euro-monetarists have derailed the entire Eurozone project to such an extent that it is at risk of falling apart. Key chapters discuss the establishment of the EMU from a Euro-realist perspective and the role of the European Central Bank in rebalancing financial markets. The concluding chapter looks ahead to the future of the Euro and proposes necessary institutional solutions to the macroeconomic problems it is currently facing. Scholars and students with an interest in the current economic disarray within the Eurozone will find this work thought-provoking and highly informative.
Jesper Jespersen is Professor of Economics at Roskilde University, Denmark.  He holds a PhD in International Economics from the European University Institute, Florence, Italy. Further, he has been a visiting professor at the University of Burgundy, France, and a research fellow at Churchill College, Cambridge, UK. He is the author of Macroeconomic Methodology (2009), and co-editor of Keynes’s General Theory for Today (2012) and Teaching Post Keynesian Economics (2013).