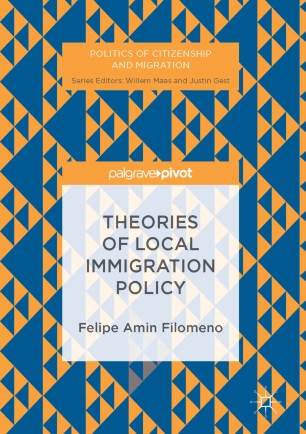 Part of the Politics of Citizenship and Migration book series (POCM)

This book offers a critical account of studies of local immigration policy and a relational approach to explain its emergence, variation, and effects in a context of interdependence and globalization. The author emphasizes the horizontal interactions between local governments, and vertical interactions between local and national levels of government, as well as international interactions. Everywhere in the world, a growing number of cities are faced with challenges and opportunities brought by immigration. While some local governments have welcomed immigrants and promoted their social inclusion, others have actively prevented their arrival and settlement. Most studies emphasize the role of local conditions in the making and implementation of local immigration policy, but this book argues that broader processes – such as inter-governmental relations, economic globalization, and international institutions – are crucial.
Felipe Amin Filomeno is Assistant Professor of Political Science and Global Studies at the University of Maryland, Baltimore County, USA. He holds a Ph.D. in Sociology from the Johns Hopkins University, USA. His research examines development issues affecting Latin America and is currently focused on the governance of international migration. Filomeno was awarded the Early Career Prize of the Economics & Politics Section of the Latin American Studies Association in 2015 and is author of Monsanto and Intellectual Property in South America (2014).